•Almost three of five (60%) of reported home fire deaths in 2007 to 2011 resulted from fires in homes with no smoke alarms or no working smoke alarms.
•Working smoke alarms cut the risk of dying in reported home fires in half.
•In fires considered large enough to activate the smoke alarm, hardwired alarms operated 93% of the time, while battery powered alarms operated only 79% of the time.
•When smoke alarms fail to operate, it is usually because batteries are missing, disconnected, or dead.
•An ionization smoke alarm is generally more responsive to flaming fires and a photoelectric smoke alarm is generally more responsive to smoldering fires. For the best protection, or where extra time is needed, to awaken or assist others, both types of alarms, or combination ionization and photoelectric alarms are recommended. 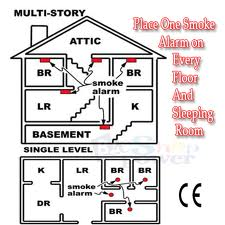 Cooking Fire Safety•U.S. Fire Departments responded to an estimated annual average of 156,600 cooking-related fires between 2007-2011, resulting in 400 civilian deaths, 5,080 civilian injuries and $853 million in direct damage.•Two of every five home fires started in the kitchen.•Unattended cooking was a factor in 34% of reported home cooking fires.•Two-thirds of home cooking fires started with ignition of food or other cooking materials.•Ranges accounted for the 57% of ...

Escape Planning•According to an NFPA survey, only one-third of Americans have both developed and practiced a home fire escape plan.•Almost three-quarters of Americans do have an escape plan; however, more than half never practiced it.•One-third (32%) of respondents who made an estimate thought they would have at least 6 minutes before a fire in their home would become life threatening. The time available is often less. Only 8% said their first thought on hearing a smoke alarm woul... 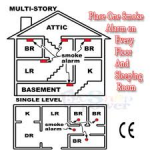 Remember to change the batteries in your smoke detectors!

REMEMBER, WHEN YOU CHANGE THE CLOCKS BACK, CHANGE THE BATTERIES IN YOUR SMOKE DETECTORS!!! KEEP EVEYONE SAFE 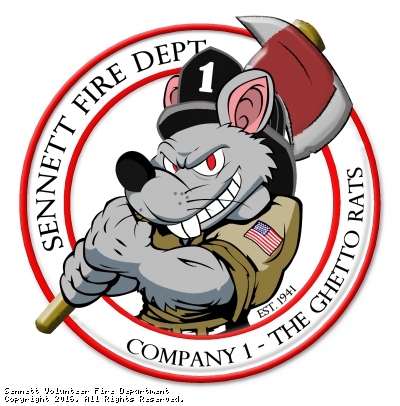 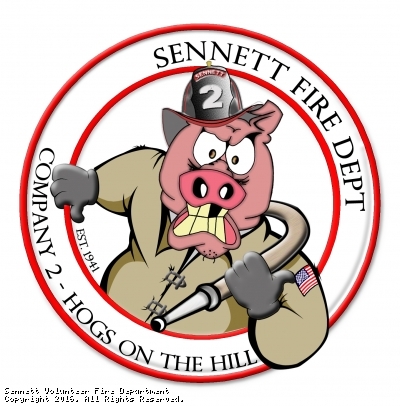 What is the better fire movie?

Copyright © 2006-2020. YourFirstDue Inc. All Rights Reserved. Designated trademarks and brands are the property of their respective owners. Content on this web site is supplied by Sennett Volunteer Fire Department. YourFirstDue Inc. cannot be held responsible or liable for any content, text, pictures, or any other media found on this web site. Maintained by the members and staff of Sennett Volunteer Fire Department.
Management Login
Powered by